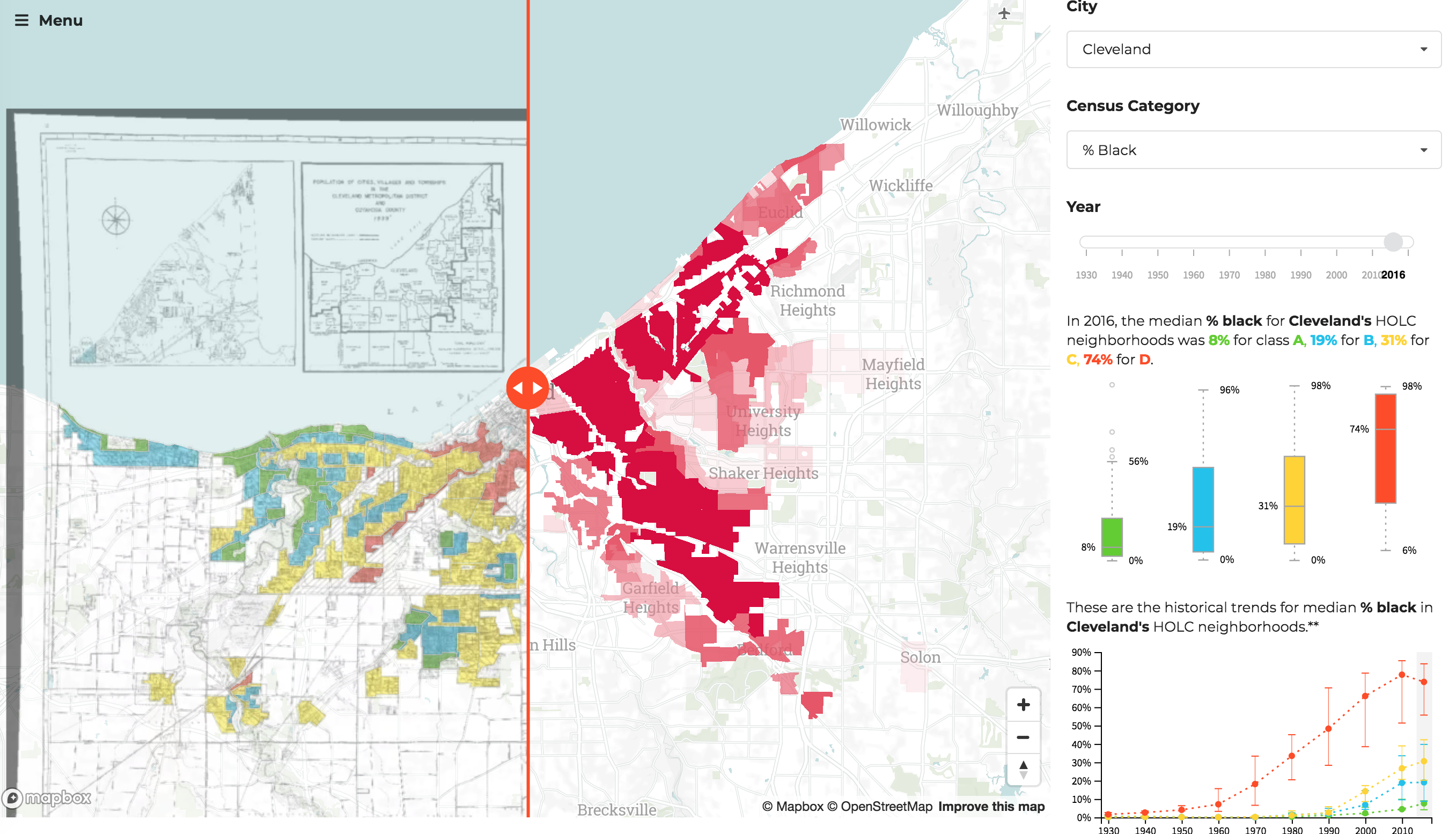 The Legacy of Redlining

This mapping project is a visual tool that allows the viewer to compare different neighborhood categorizations from the 1930s HOLC "residential security" maps to historical US Census data. The HOLC maps were created by the agency as city guides to understand local mortgage lending risk. The areas that were considered "hazardous" - the highest risk areas - usually mapped to black and other minority neighborhoods. Many consider these maps to have encouraged residential "redlining" practices - the act of denying home loans based on race.

New Deal policies created the modern day American mortage market through more affordable mortgage borrowing. Through the HOLC and the Federal Housing Administration, the US government created a vast government-backed mortgage industry that allowed millions of white Americans to move to the suburbs and build wealth through home ownership and appreciating home values. Due to redlining and racial covenants, this access was not available to millions of minority citizens.

Home ownership disparities contribute heavily to America's racial wealth gap. This map hopes to trace the relationship between institutional redlining and its impact the trajectory of widening socioeconomic disparities.

You can explore the map here. The original HOLC maps were digitized and geo-reference by the Digital Scholarship Lab.